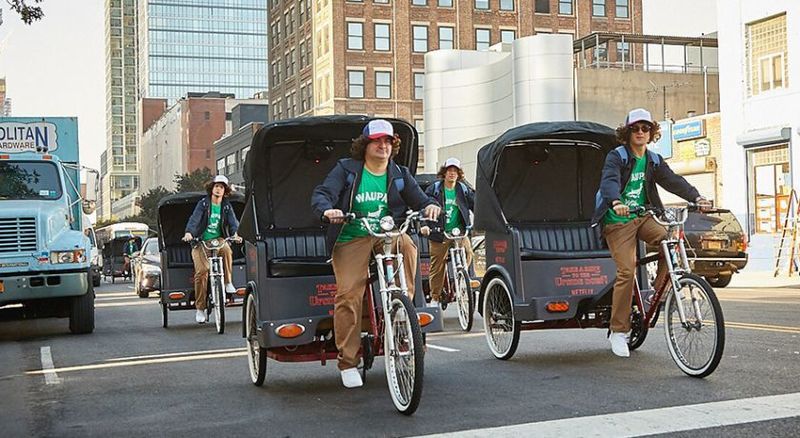 Ellen Smith — October 9, 2017 — Marketing
References: doner & adweek
Share on Facebook Share on Twitter Share on LinkedIn Share on Pinterest
Those looking to get around by pedicab may have been driven by someone dressed up as Stranger Things character Dustin -- that's because Netflix employed a fleet of 20 similarly dressed pedicab drivers to cruise around the streets of New York in a humorous attempt to promote season 2 of the sci-fi series.

The various characters biked around, picking up people that were on their way to comic-con, while blasting nostalgic 80s music. According to Jason Gaboriau, the COO of the agency behind this creative stunt, "The kids and their bikes are huge part of Season 1, so using pedicabs was a natural fit." To add onto the idea, the agency intended to create a way to get people talking, through an experience that was both entertaining and interactive.
4.4
Score
Popularity
Activity
Freshness
Get the 2021 Trend Report FREE