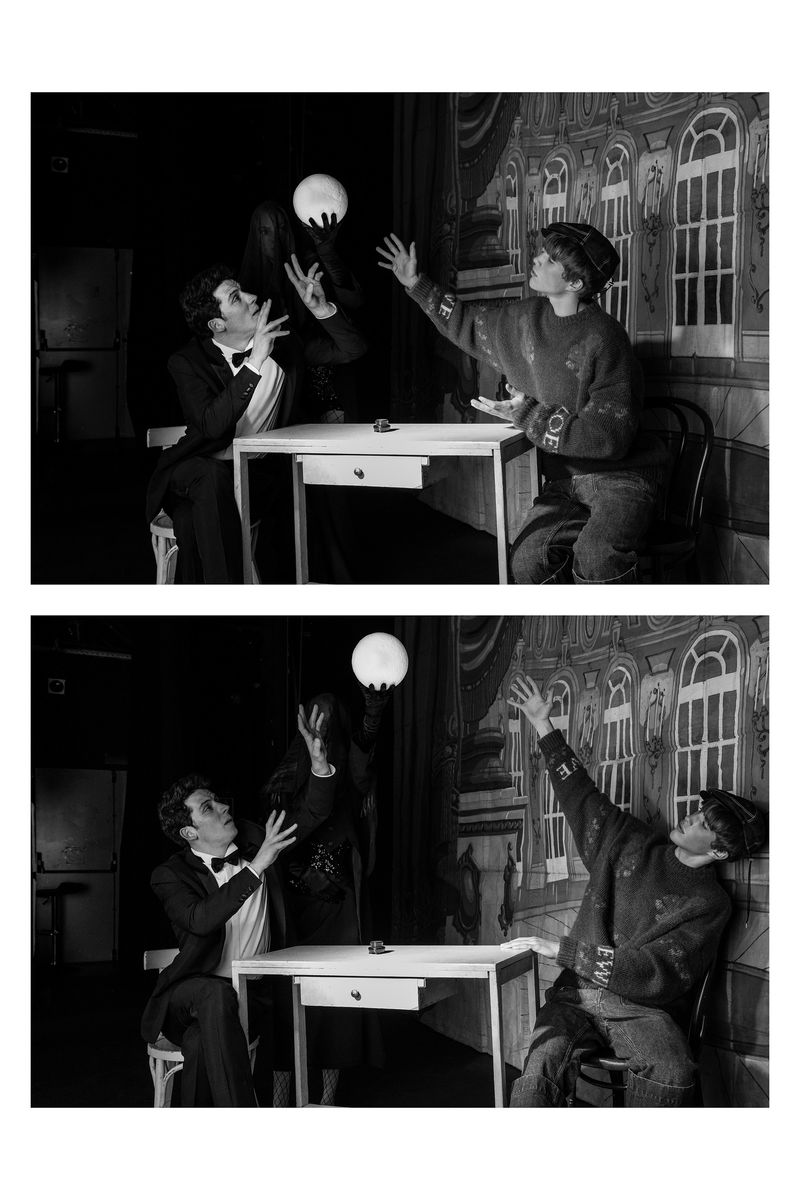 Loewe's Fall 2018 Lookbook is an Artful Exploration of Cinema Culture

The black and white photo shoot is divided into 11 parts, each one visually representing classic illusionist tricks like the 'Floating Beauty' and the 'King of Clubs.' The storyboard fashion approach is playfully immersive for the viewer since it sets the Loewe Fall 2018 men's collection into a narrative context. With its whimsical style, this menswear campaign wins over attention on account of its silent film nostalgia and mesmerizing aesthetic.
3.2
Score
Popularity
Activity
Freshness
Get Trend Hunter Dashboard