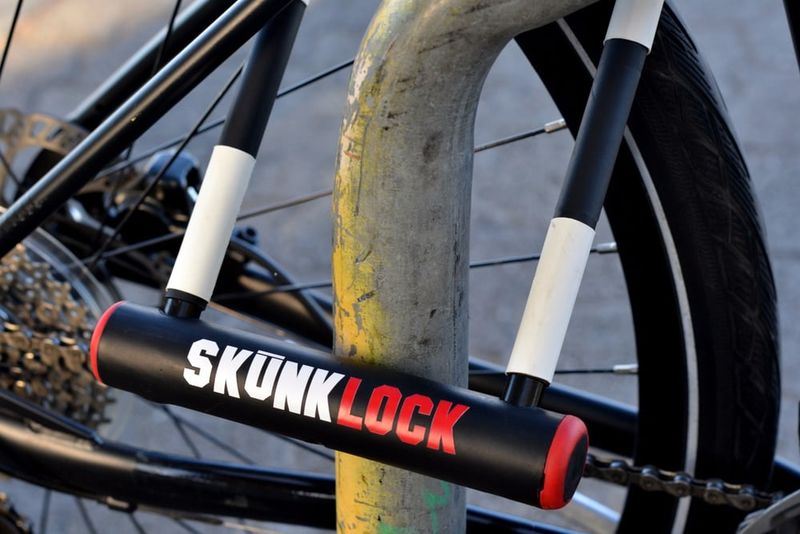 The Skunklock Uses Foul Odors to Stave Off Bike Thieves

Rahul Kalvapalle — October 20, 2016 — Autos
References: indiegogo
Share on Facebook Share on Twitter Share on LinkedIn Share on Pinterest
There's a reason why nobody ever tried to steal anything from a skunk, and it has to do with the critter's odorous superpowers -- now, a new bike lock aims to take advantage of similar abilities by raising a nasty stink if anyone tries to tamper with it and steal your bike. Appropriately named the Skunklock, this bike lock looks like any old U-lock, but this belies the fact that it is fitted with a hidden chamber that is filled with pressurized and foul-smelling chemicals.

If someone tries to cut into the lock, the chemical is released and creates a nasty odor while also irritating the thief's eyes and possibly making them vomit.

Currently the subject of a crowdfunding campaign on Indiegogo, the Skunklock bike lock will appeal to bicycle-owners in big cities, where bike theft is all too common.