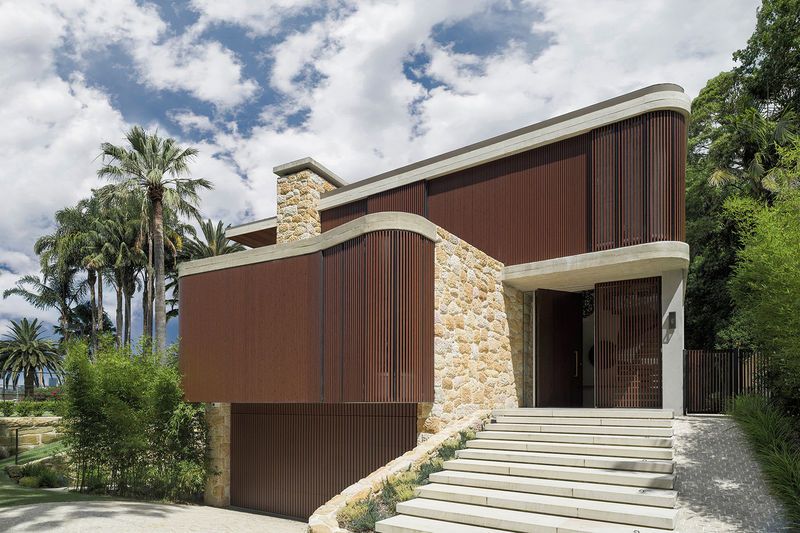 Sticks & Stones Home is in the Sydney Suburb of Hunters Hill

Joey Haar — May 12, 2017 — Art & Design
References: luigirosselli & archdaily
Share on Facebook Share on Twitter Share on LinkedIn Share on Pinterest
Sticks & Stones Home can be called by whatever name cruel passersby want, but the home and its residents will hardly mind. Anyone looking on the home would be hard-pressed to come up with an apt insult anyway, as the attractively designed abode brings to bear the universally loved mid-century modern aesthetic of classic titans of architecture like Frank Lloyd Wright and Eero Saarinen.

Though the area in which Sticks & Stones Home is built, Hunters Hill, was subdivided from Sydney proper in the 19th century, not many of the surrounding homes adhere to the same mid-century modern stylings. Instead, many of the houses in the area make ample use of sandstone, with a Victorian height that juxtaposes against the expansive width of the classic architectural style. Sticks & Stones Home makes use of sandstone as well, but it builds that yellow stone into cobbled walls that transport one back in time.
4.6
Score
Popularity
Activity
Freshness
Jeremy Gutsche Keynote Speaker