Running For Both Parties 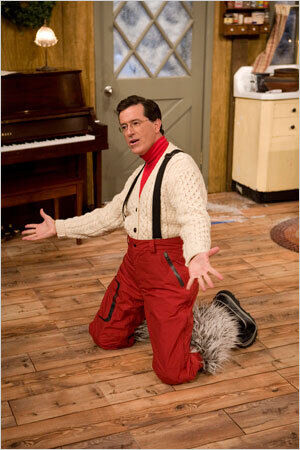 Marissa Brassfield — November 23, 2008 — Pop Culture
References: tunedin.blogs.time & popwatch.ew
If you can’t get enough Stephen Colbert in your life, tune in this Sunday to Comedy Central for his political comedy show’s holiday special, titled ‘A Colbert Christmas: The Greatest Gift of All.’

While Stephen Colbert’s trademark snark will be on display, its music has received the most critical acclaim. Adam Schlesinger of Fountains of Wayne teamed up with Daily Show producer and lyricist David Javerbaum to create the songs that will inevitably become new classics.