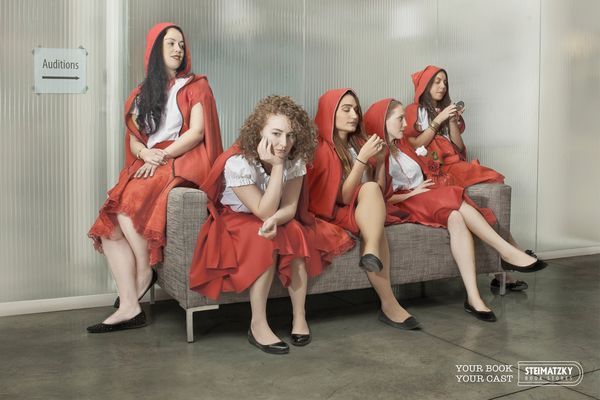 Meghan Young — May 8, 2014 — Marketing
References: grey & adeevee
Share on Facebook Share on Twitter Share on LinkedIn Share on Pinterest
The Steimatzky Book Stores ad campaign appears to focus on more of a movie or television process rather than a literary one, yet it all comes together thanks to its tag line, 'Your book your cast." By depicting classic characters such as Little Red Riding Hood, Sherlock Holmes and Don Quixotte in an audition room, the Steimatzky Book Stores ad campaign shows people just how much control they have over the books they read.

Conceived and executed by Acw Grey, an ad agency based in Tel Aviv, Israel, the Steimatzky Book Stores ad campaign was art directed by Gabi Kikozashvili with creative direction by Idan Regev and Tal Riven. The fun images of the auditioning actors were shot by photographer Yaron Itzhakov. Overall, it is as creative as its past campaign.
4.8
Score
Popularity
Activity
Freshness
View Innovation Webinars