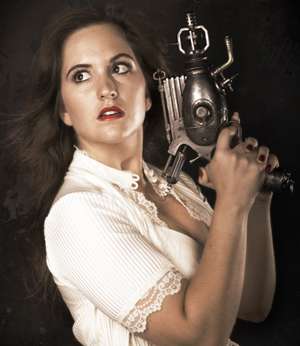 Marissa Brassfield — October 31, 2008 — Art & Design
References: steampunkconvention & blog.wired
Fans of everything steampunk should hightail it to the Bay Area of California this weekend for Steam Powered: The California Steampunk Convention. There will be a steampunk ball, a bevy of steampunk bands, steampunk literature, and a ton of vendors showing off their latest in retro-tech nerdery.

To honor the weekend's shenanigans, I've included a selection of work by famed steampunk ray gun creator Greg Broadmore, who, according to Wired, is flying in from New Zealand to discuss and share his collection of bizarre steampunked weapons. The eighth image is the official event poster, and the final two are just for fun.
2.7
Score
Popularity
Activity
Freshness