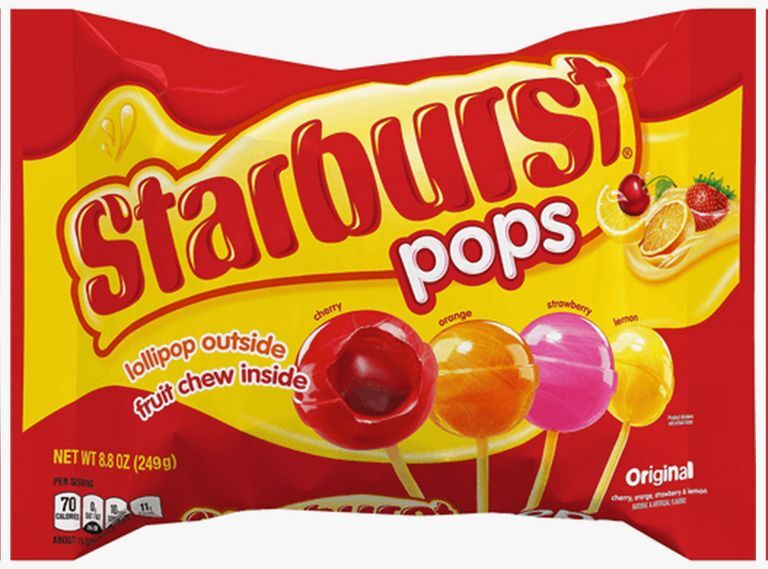 Starburst Pops deliver all the delicious fun of the classic lollipops you enjoyed as a kid, but with a fruity twist. The new Starburst Pops are designed to replicate the four original flavors fans know and love. There’s cherry (red), orange (orange), strawberry (pink), and lemon (yellow). Regardless of the flavor, each lollipop boasts a hard candy exterior, and a chewy fruit center on the inside. In other words, you're basically getting two classic candy treats in one portable package.

Starburst hasn’t officially announced the new offering, so it may be tough to know if your local retailer is carrying the new Starburst Pops just yet. However, the candy is already listed online, which means its debut can't be too far away.