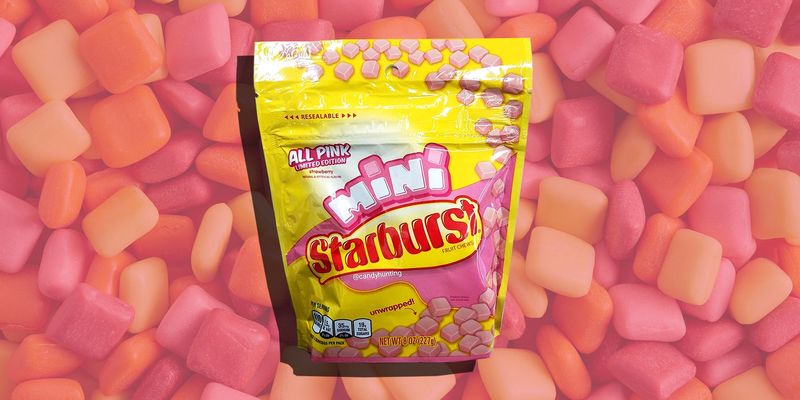 Katherine Pendrill — May 21, 2019 — Lifestyle
References: instagram & delish
For those who always pick the pink Starbursts out of the bag first, you'll be excited to know that Starburst Minis now come in a limited edition all-pink pack. This means you no longer have to dig through bags of the Original, FaveREDS, and Sour varieties for the best flavor.

Starburst Minis originally made their debut in 2017 and they instantly became a hit thanks to the fact that they come unwrapped and in bite-sized mini pieces. Now fans can pick up a dedeciated pack of the pink Starburst Minis, so they can enjoy nothing but the sweet taste of pink Starburst.

While Starburst Minis can be found at retailers such as Target and Walmart, the limited-edition all-pink packs have only been spotted at Walgreens.