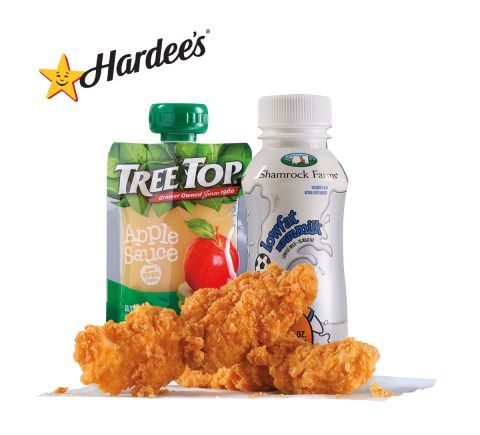 Katherine Pendrill — June 11, 2019 — Lifestyle
References: finance.yahoo & chewboom
More than eight years after it was taken off the menu, Hardee's is relaunching its Star Pals kids meals at participating locations. However, this time around, the fast food chain is teaming up with the YouTube sensation Ryan's World.

As part of a new partnership between Hardee’s, the kids’ entertainment studio pocket.watch, and Ryan’s World, Star Pals kids meals are coming back to Hardee's restaurants. The relaunched Star Pals meals come with a choice of three protein options: Kid’s Hand-Breaded Chicken Tenders, a Kid’s Hamburger, or a Kid’s Cheeseburger. Each of the Star Pals meals also includes applesauce or a milk beverage. However, the best part of the new kids meals is that each one features an exclusive toy designed by YouTube star Ryan himself. Some of the new toy options include Rockin’ Ryan Figures, Mystery Egg Puzzles, and the Combo Panda Roller.