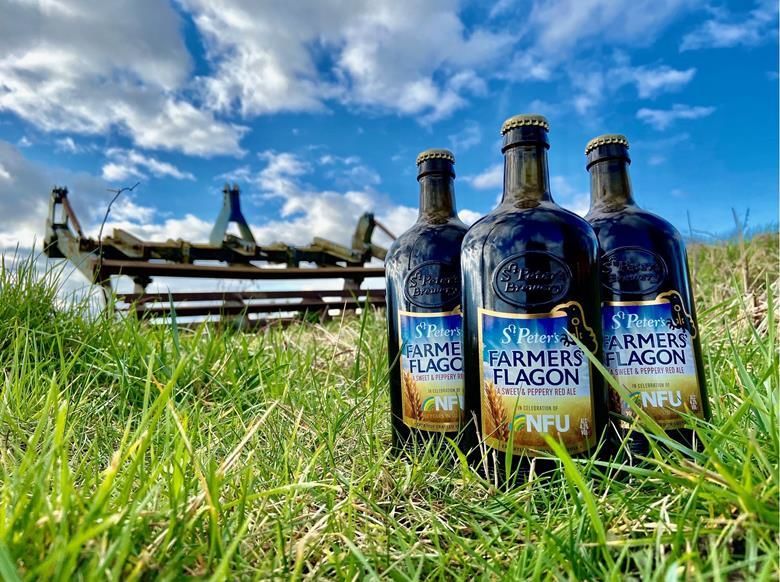 Michael Hemsworth — March 21, 2020 — Marketing
References: stpetersbrewery & conveniencestore
The St Peter's Brewery Farmer’s Flagon is a new libation created by the Suffolk-based brewer to celebrate the National Farmer's Union's (NFU) dedication to farming over the past century. The beer is a rich pale ale that's achieved with cascade and progress hops along with flagon pale ale malt, rye crystal malt, and Munich malt and crystal malt. The final product is a beer with a reddish, auburn color, a distinctly spiced profile with a peppery aroma as well as vine fruits with a woody flavor.

The St Peter's Brewery Farmer’s Flagon was explained by Managing Director at St Peter's Brewery John Hadingham who said, "The NFU got in touch with us as they wanted to do something special to mark their centenary and they loved what we do here at the brewery, and the fact that we are in such a rural location, surrounded by fields of barley. They felt the brewery was the perfect fit for producing this special ale, especially as flagon malting barley is grown locally. At a time when we are all worrying about bigger things and relying on our British farmers to come up with the goods in the coming weeks, it is fantastic to be a part of something that celebrates the NFU’s role in the continued success of British farming.”
4.5
Score
Popularity
Activity
Freshness

Beer-Seltzer Hybrids
Spritzen Introduces "Beer With a Splash of Seltzer"