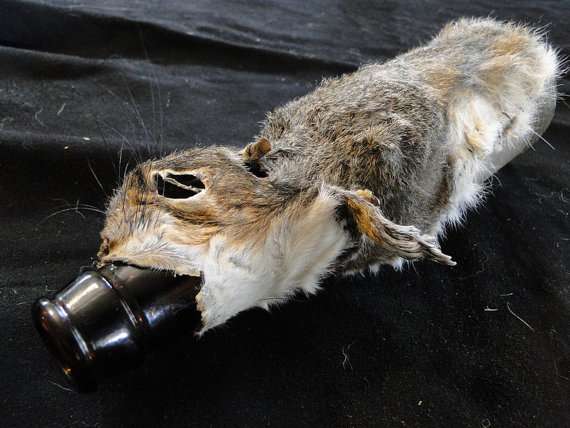 The Squirrel Beer Bottle Cozy is Disturbing and a Bit Morbid

Deborah Kim — August 21, 2011 — Lifestyle
References: etsy
Joel Arce is the creator behind this disturbing Squirrel Beer Bottle Cozy. The 25-year old is based out of Kansas City and has been making jewelry focusing on a post-apocalyptic theme. Arce creates most of his crafts and jewelry using apocalyptic and horror movies as his inspiration. The bones and materials he uses are usually from animals that have died naturally or by accident. By creating art from them, he is in his own way showing respect to the dead animals.

The Squirrel Beer Bottle Cozy is certainly not for the weak-stomached, and it takes a certain hardened sense of humor to get used to this primitive art form. Due to the artists' insistence that his crafts honor the dead, however, exceptions can be made. Joel Arce is also interested in learning taxidermy, and it is safe to say that he might just have found his calling.
4.6
Score
Popularity
Activity
Freshness