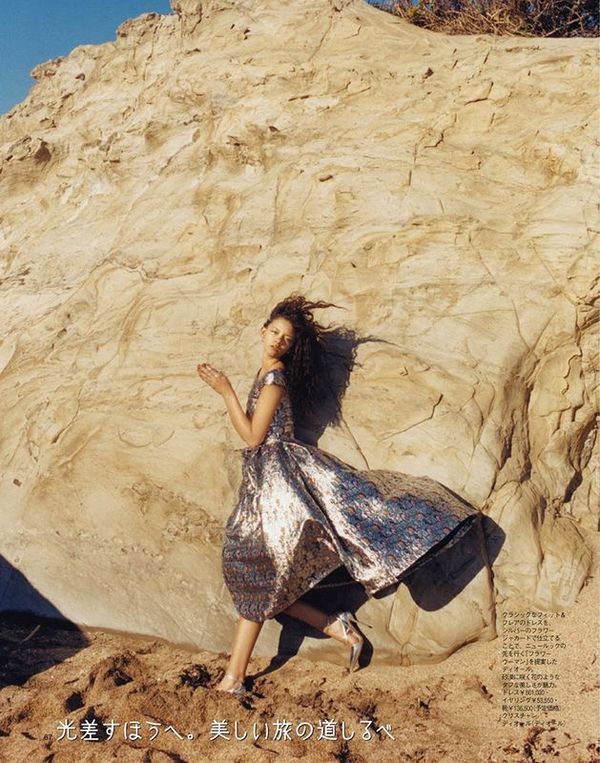 The SPUR March 2014 Editorial is Gleefully Glittering in the Sun

Leslie Chen — January 31, 2014 — Pop Culture
References: hpplus.jp & fashioncopious.typepad
Share on Facebook Share on Twitter Share on LinkedIn Share on Pinterest
New Year’s Eve may have already come and past, but that doesn’t mean all the sparkle has to be gone too - this SPUR March 2014 photo shoot will make you want to get out all the gold and glitter again for some fun in the sun.

Shot by photographer Osamu Yokonami for the Japanese fashion magazine, the editorial titled ‘Sparkling Sparkling’ is a carefree series of images featuring, what else, lots of sparkle. Model Marina Nery not only wears a lot of sparkle, from golden blazer and skirt combinations to metallic silver dresses, but she also accessorizes by playing with handfuls of glitter. The result is stunning as waves of glitter are caught on camera to create a magical Disney-like effect.

If you’ve been missing some sparkle in your life lately, check out the SPUR March 2014 editorial above.