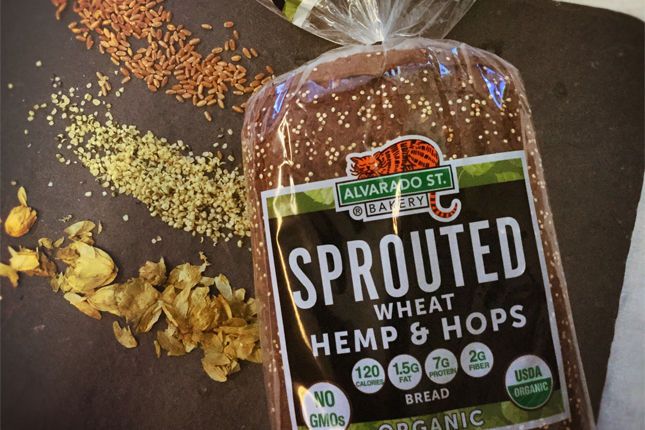 The vegan-friendly bread is made with a base of sprouted organic whole wheat berries, as well as a multi-grain and seed mix containing all-organic rolled oats, millet, cracked wheat, corn meal, rye, sunflower seeds and flax seeds. Seeds can also be found in the product in the form of hulled hemp seeds, as well as quinoa—which is officially a seed that's included in a group of pseudocereals.