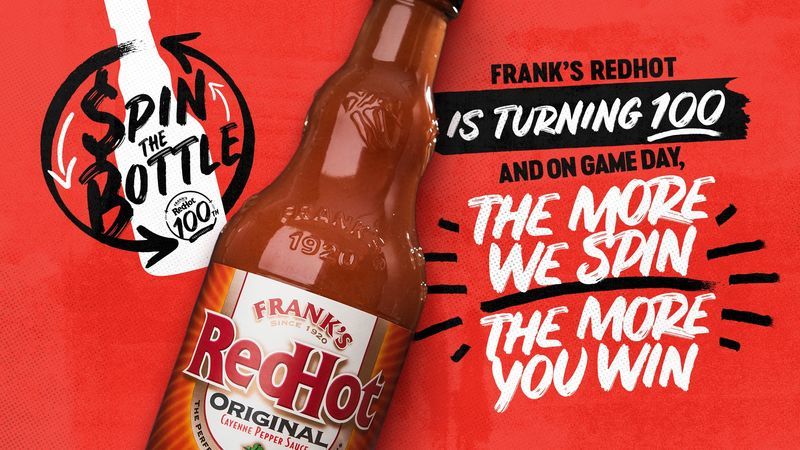 Prizes include a Too Hot To Handle Candle; a Chicken Wing Bling Ring; an Up in Flames Skateboard; the Hottest Cooler; and a [Your Name Goes Here] Custom Frank’s RedHot Sauce Bottle -- to name a few.

For a chance to win these prizes, fans can play live during the game via Twitter at @FranksRedHot starting at 6:30 pm. The more contestants play using the Hashtag #FranksSweepstakes, the more chances to win the grand prize of $36,500, an amount chosen to represent all 36,500 days since the brand was founded.