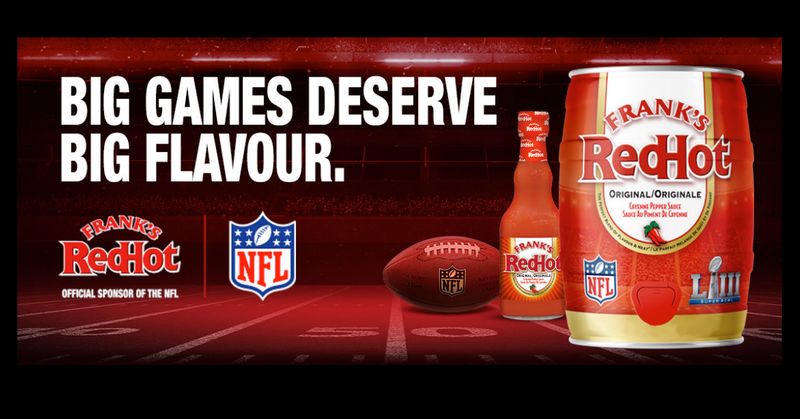 Grace Mahas — January 14, 2020 — Marketing
References: helloflavour & helloflavour
With the Super Bowl quickly approaching and to celebrate Frank's RedHot 100-year anniversary, the iconic brand has teamed up with the NHL to launch the ultimate hot sauce giveaways -- 100 Frank's RedHot Kegs that are up for grabs until midnight on January 19th.

To use the all 500 liters of the RedHot kegs, fans are encouraged to “put that S#!t on everything!” including some of the branded, football-themed recipes such as the Pull-Apart Cheeseburger Sliders, 100th Anniversary Buffalo Wings, and Frank’s RedHot Ranch Dip.

For a chance to win the ultimate game day addition, fans simply have to fill buy a Frank's RedHotSauce in any flavor and fill ou the entry form.