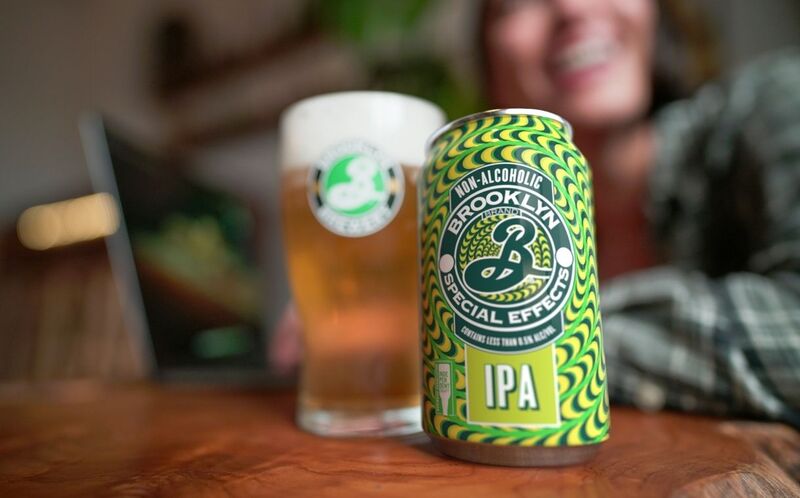 The Brooklyn Brewery Special Effects IPA Has Less Than 100 Calories

Michael Hemsworth — December 18, 2020 — Marketing
References: brooklynbrewery & foodbev
Share on Facebook Share on Twitter Share on LinkedIn Share on Pinterest
The Brooklyn Brewery Special Effects IPA is a new offering from the craft beer brand that will provide consumers with an alcohol-free way to enjoy the high-quality flavor of a premium libation. The beer is reported to have the premium aromas of citrus hops that one might find in a classic IPA and contains just 100 calories per can. The beer will be available in all the US states where the brewery distributes starting in January 2021.

Brooklyn Brewery CEO Eric Ottaway explained the details behind the new Brooklyn Brewery Special Effects IPA further saying, "When we first developed Special Effects Hoppy Amber, we were determined to show the consumer that non-alcoholic beer doesn’t have to be about taking something away, but rather that it adds to the experience. Since that launch, craft non-alcoholic beers have seen triple digit growth this past year. In sticking with our belief that non-alcoholic beverages are for everyone, and given that IPAs are by far the most dominant category in the craft beer industry, it made natural sense to focus our attention on craft’s most popular style as we are expanding the Special Effects family.”