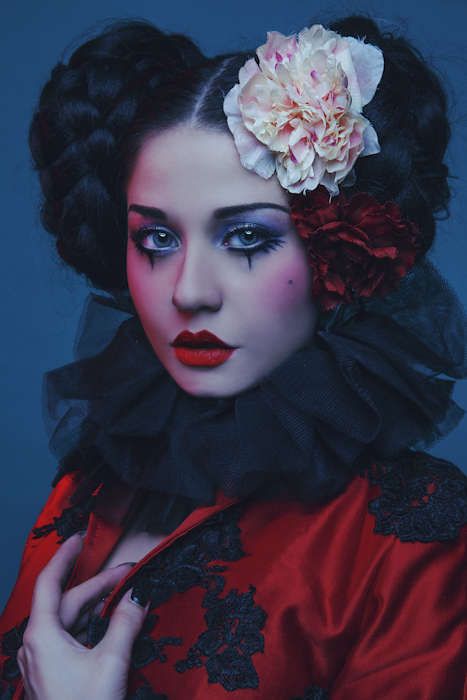 The red-lipped model seen in these stunning photos rocks some seriously head-turning outfits. In a few of these photos, she’s seen wearing a tightly fitted red and black dress, with a ruffled black collar around her neck. The front of the dress is conservative but fashionable. The back of the dress is pretty much bare, allowing this theatrical vixen to show off some skin.

In other shots, she sports a ballerina-style tutu and a top made entirely out of sparkling diamonds. The top somehow still manages to leave some things to the imagination, while remaining extremely revealing. In these shots, the model is also wearing a diamond-covered headpiece that adds to the luxurious feel behind these photos.

These seductive captures are guaranteed to entice viewers into taking a second look.