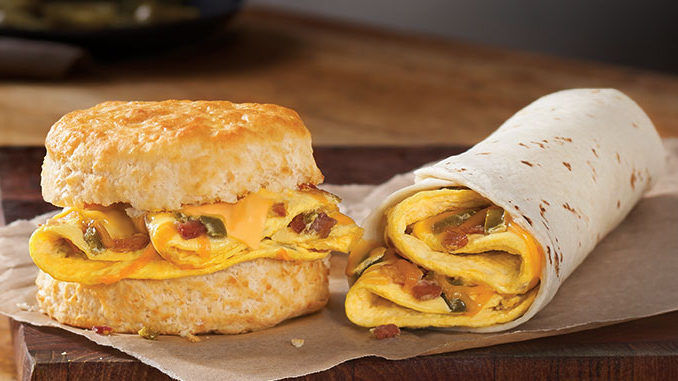 Though there are several new items to choose from, the Southwest Omelet Burrito is a true standout. Created by Hardee's District Manager Bill Hopper, the dish consists of two fluffy omelets studded with applewood-smoked bacon, cheddar cheese, and pickled jalapeños. The omelets are then topped with even more cheddar cheese and wrapped in a soft tortilla for a handheld breakfast dish.

The new Southwest Omelet Biscuit is similar to the burrito, except it swaps the warm tortilla for a Scratch Biscuit. As for the new Jalapeño Cheddar Fries, this spicy side dish consists of crispy, natural-cut fries topped with an aged cheddar sauce and pickled jalapenos.