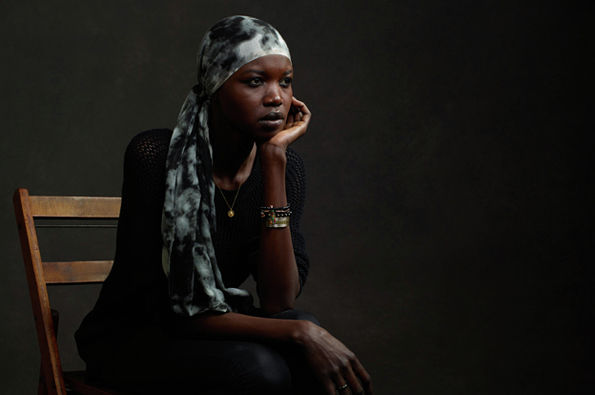 Vasiliki Marapas — April 14, 2014 — Fashion
References: mikemellia & itsnicethat
Share on Facebook Share on Twitter Share on LinkedIn Share on Pinterest
The 'Our Side of the Story: South Sudan' photography project is the latest from New York photographer Mike Mellia. In an attempt to bring awareness to the struggles of the war-torn republic, Mellia collaborated with Nykhor Paul, a former Sudanese refugee turned model.

The result is a heart-wrenchingly honest portrait series, featuring 14 Sudanese nationals. The pain, suffering, bravery and perseverance of each of these individuals is communicated through Mellia's beautiful photographs. By giving them the opportunity to tell their story, Mellia encourages a dialogue about the ongoing violence.

Speaking about the projects public reception, Mellia says, "I think the work has already impacted people in many ways, from raising awareness about South Sudan’s conflict, all the way to bringing up concerns that Africa might suffer another genocide, by encouraging people to unite for peace."
4.7
Score
Popularity
Activity
Freshness
View Innovation Webinars