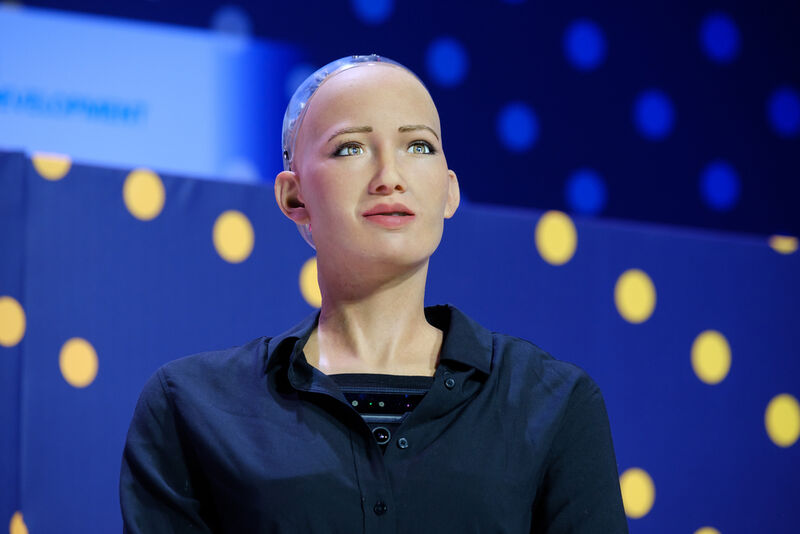 The robot's original work is titled 'Sophia Instantiation' and was sold as a 12-second-long MP4 file that shows Sophia take a portrait by artist Andrea Bonaceto and transform it into a digital painting. Though Sophia used another portrait for reference, it's said that the painting was "based completely on decisions she made without any human assistance." The MP4 also shows the robot reacting to the finished work, with its partially transparent skull revealing a series of movements when viewing it.