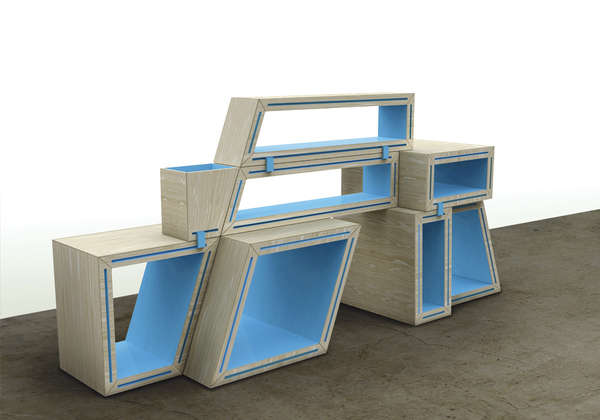 The 'Some Order' Shelving Unit Has a Disorderly Disposition

Amelia Roblin — May 14, 2013 — Art & Design
References: behance.net & furnitureserved
It's common for designers to produce rather rhythmic-looking storage systems that give assorted arrangements of possessions an overall look of logic and tidiness. The 'Some Order' Shelving Unit breaks this convention as a collection of cubbies that have been made as quite different shapes and sizes.

Maxime Lapouille of Lille, France, presents this concept that comprises a bunch of four-sided wooden storage boxes. All of them have at least two parallel sides, but some of them contain no right angles at all. Similar slants, however, enable you to arrange the miscellaneous modules into seamless combinations that assume a systematic appearance together.

The 'Some Order' Shelving Unit can be set up against a wall or as a divider between two open concept areas. It can hold books, music, movies, electronics and so much more.
4.9
Score
Popularity
Activity
Freshness