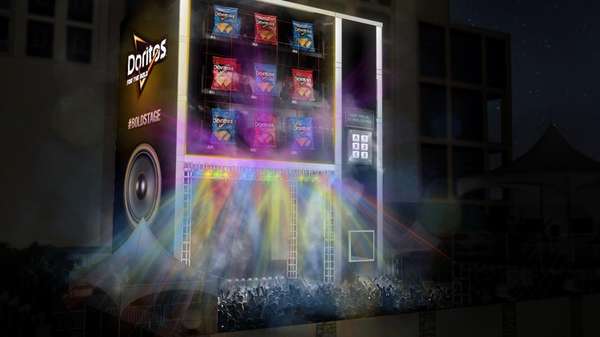 The Doritos Boldstage Will Change the Show Based on Viewer Tweets

At the South By Southwest show in Austin, Texas, a Doritos branded 'Boldstage' will directly affect the outcome of the concert based on user tweets. The Boldstage itself is something of a marvel of engineering, as it includes a four-storey LCD screen that will also allow Twitter users to showcase their photos on stage in real time. It's also pretty cool that the entire thing is essentially a 62-foot tall vending machine. The social media powered Boldstage will be assisted by the Twitter experts at Mass Relevance, who have the capabilities of processing up to 400,000 tweets per minute.

The Twitter users will be able to massively decide things like what song LL Cool J will perform as his encore, and the victor of rap battles at the concert.
4.5
Score
Popularity
Activity
Freshness
Attend Future Festival