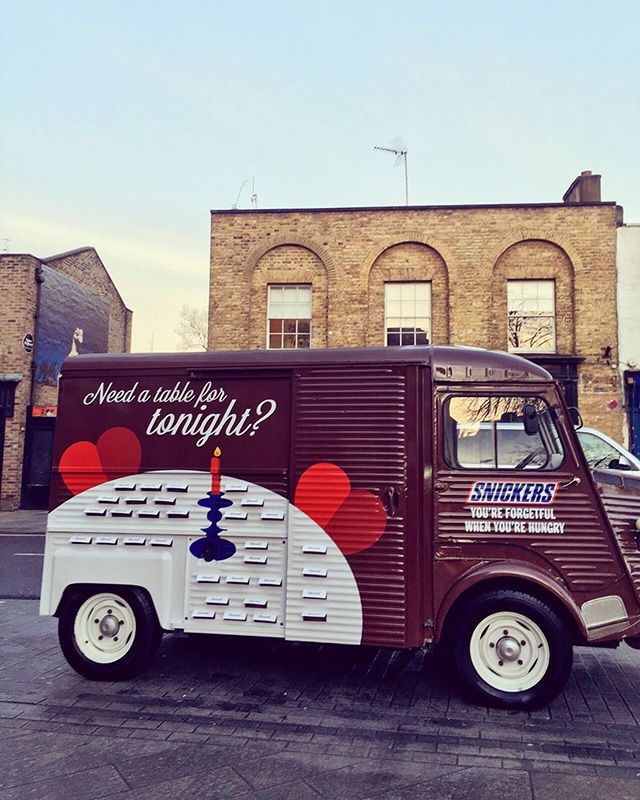 As February 14th is one of the times of the year where it is almost always necessary to make reservations in advance, Snickers based its eatery concept around this entire idea. On a street in London, Snickers parked a branded truck that said "You're Forgetful When You're Hungry," which also offered invitations to reserve a table for two at the nearby restaurant Oublié, named after the word "Forgotten" in French.

At the pop-up Valentine's Day restaurant, couples were treated to a decadent and completely complimentary three-course dinner put together by a leading chef in London. As much as planning for the holiday may have slipped the minds of many Londoners, Snickers certainly helped to provide a memorable Valentine's Day dinner for many.