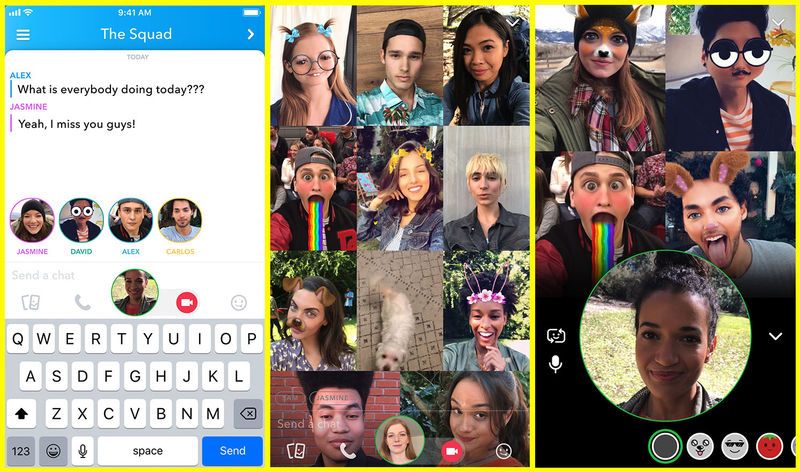 Justin Lam — April 6, 2018 — Tech
References: engadget & dailymail
Share on Facebook Share on Twitter Share on LinkedIn Share on Pinterest
Snapchat has evolved way past its beginnings as a photo sharing app and its latest update is taking the app a step further with Snapchat group video chats and friend tagging. The group chat feature will allow users to hangout with up to 16 friends at a time, or 32 with voice only. While plenty of apps and programs exist for group chats, Snapchat is innovating the space by allowing the use of its ace lenses at the same time. Snapchat described its new Snapchat group chat as feeling more like "hanging out," and was purposefully designed to feel less like like texting.

The other big addition to the platform is Snaphat Mentions. This feature will allow users to tag friends in stories, much like Twitter or Facebook. The Mentions feature will utilized the @ symbol, and will inform users once they have been mentioned in a chat. The feature will also allow other users see the tagged account's stories or even add them as a friend. The new Snapchat group chat and Mentions features are set to release globally in mid-April of 2018.