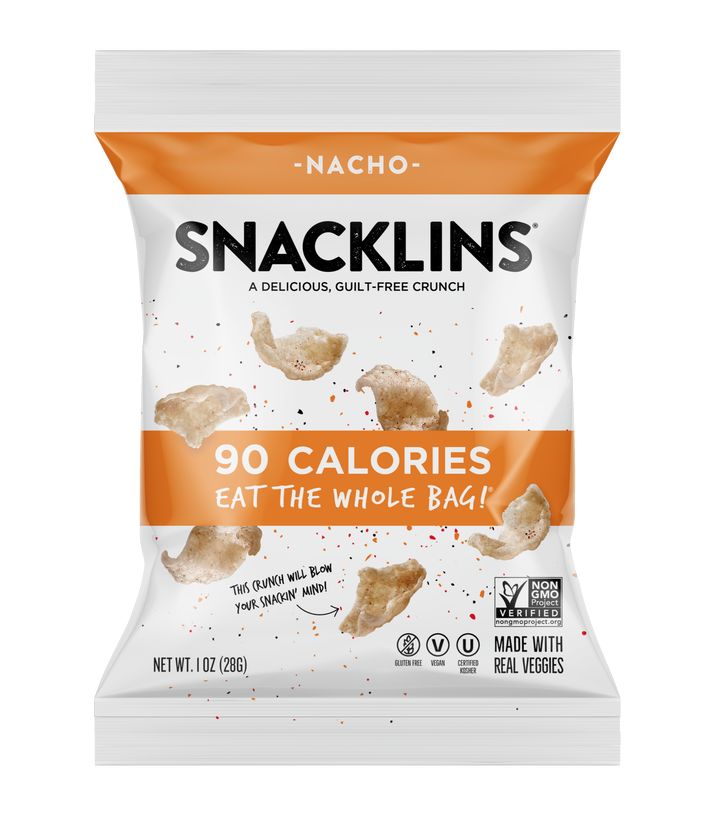 SNACKLINS Has Added a Vegan Nacho Flavor to Its Lineup

Katherine Pendrill — May 12, 2020 — Lifestyle
References: nosh
Share on Facebook Share on Twitter Share on LinkedIn Share on Pinterest
The Washington, D.C.-based snack company, SNACKLINS, recently added a vegan Nacho flavor to its lineup. As company Co-Founders and Lead Product Developer Samy Kobrosly, explains: “We have been receiving many requests for a cheese flavor and keeping it vegan was a challenge but one worth pursuing. I am happy to say that SNACKLINS® customers can now have their cheesy cravings satisfied at no expense to healthy eating!”

SNACKLINS specializes in vegan pork rinds made from simple ingredients like yuca, mushrooms, and onions. The result is low-calorie veggie puffs that make for a crunchy and flavorful snack. Now the same veggie chips come in a vegan Nacho flavor that uses nutritional yeast and flavorful seasonings to deliver the taste of cheddar cheese, without the dairy. In fact, the new Nacho SNACKLINS are gluten-free, non-GMO, vegan-friendly, and certified Kosher.

Free-From Snack Puffs
Ka-Pop! Puffs are Made in Cheesy and Hot Flavors Without Top Allergens