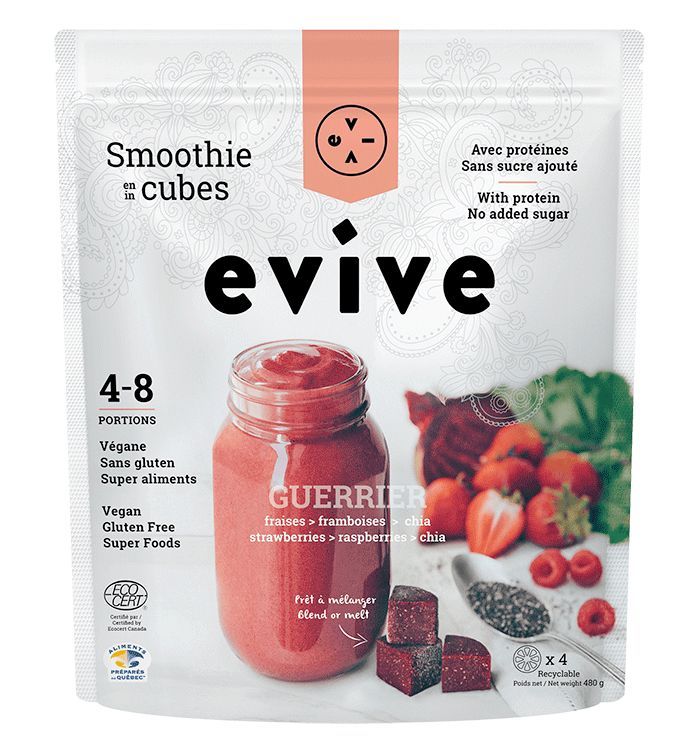 Laura McQuarrie — September 14, 2017 — Lifestyle
References: evivesmoothie
Share on Facebook Share on Twitter Share on LinkedIn Share on Pinterest
Evie Smoothie produces prepackaged smoothie cubes that are made from organic, natural superfoods like chia seeds, sea buckthorn berries and coconuts. As the smoothie cubes are frozen and ready to use, consumers are saved the step of preparing their selected fruits or vegetables, as well as sourcing a recipe. These cubes also include superfoods and vegan protein add-ins, which saves one the task of making additional additionshttp://www.evivesmoothie.com/en/.

To make a smoothie, it's as simple as popping a handful of cubes into a blender and adding a liquid of one's choosing.

Varieties offered by Evie Smoothie include the energizing Touk-Touk, the antioxidant-rich The Warrior and a green Yogi variety that gets its vibrant color from ingredients like spirulina, parsley, kale and spinach.
3.9
Score
Popularity
Activity
Freshness
Jeremy Gutsche Keynote Speaker