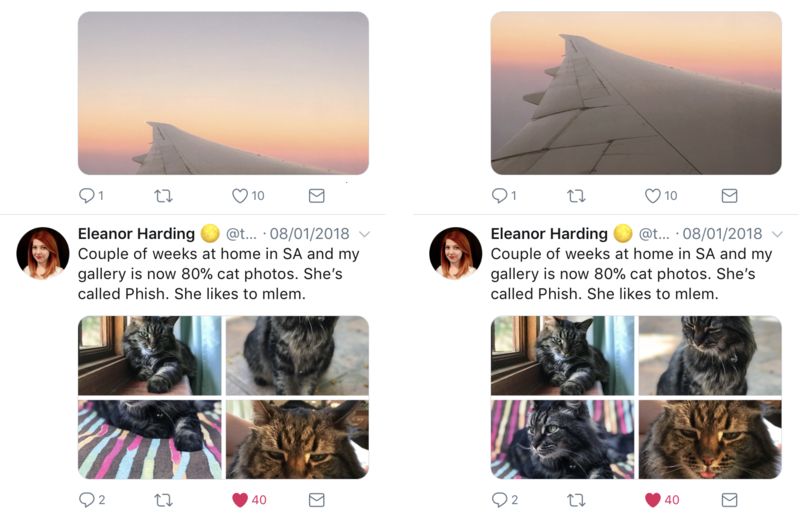 Joey Haar — January 25, 2018 — Tech
References: blog.twitter & theverge
Twitter has just announced that it'll be incorporating automated systems into its social network, but not in the way that one might imagine; the massive social site will be using a smart auto-cropping algorithm to handle its images.

While Twitter bots are common and sometimes controversial, images have proven to be an essential aspect of the platform. Marketers known that tweets with images included perform far better than those with text alone. Considering the impact of images, Twitter will make images pop even more on its platform by using a smart auto-cropping system. The algorithm will recognize the "salient" parts of a given photo (like a puppy's face rather than the background), and it will include as much of that salient area as possible.
1.3
Score
Popularity
Activity
Freshness