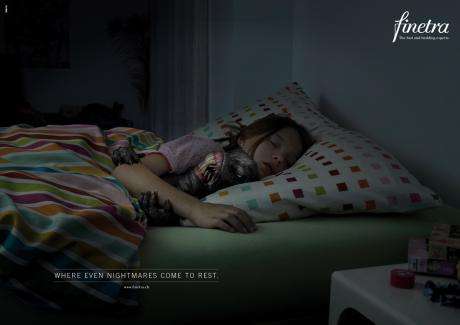 I love this ad campaign for German bedding experts Finetra. The tagline reads, Where even nightmares come to rest. It was created by KSB/SJ, an advertising agency in Zurich, Switzerland. Sweet dreams now!

Implications - Monsters are no longer the scary beings that children considered them. Monsters (like animals in Disney-esque films) are being humanized and made into loveable characters in television shows, films, toy products and others. For this reason, advertisers are using monsters in their ads, appealing to the child in all adults.
3.4
Score
Popularity
Activity
Freshness
View Innovation Webinars