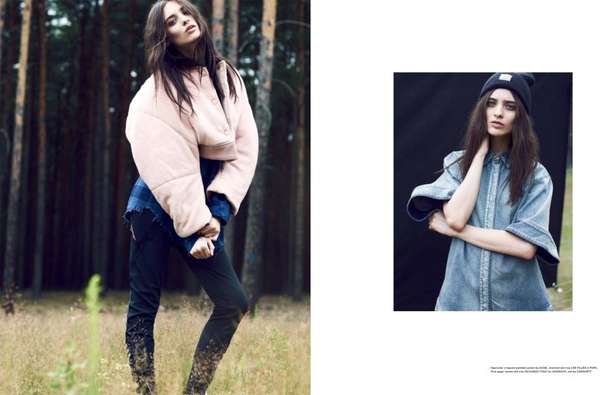 Meghan Young — September 19, 2012 — Fashion
References: sleek-mag & fashiongonerogue
Share on Facebook Share on Twitter Share on LinkedIn Share on Pinterest
The title of the Sleek Magazine Autumn 2012 editorial quotes lyrics from Nirvana's 'Come as You Are', "Come as You Are, As You Were, As I Want You to Be." Considering that this was arguably the grunge band of the '90s, it is only appropriate that the grunge-inspired photoshoot would be inspired by them. Serene and gritty, just like the song itself, the Sleek Magazine Autumn 2012 editorial is as beautiful to behold as it is fashionably inspirational.