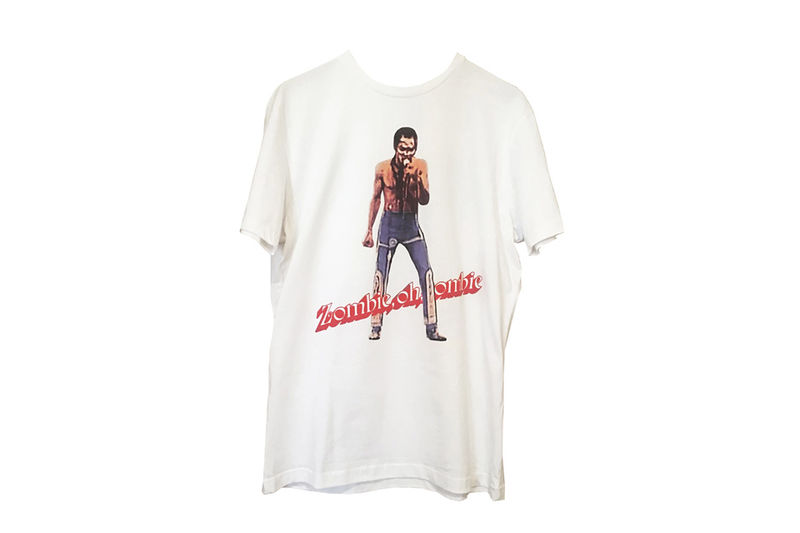 OFF-WHITE and Skepta Celebrated Fela Kuti with a T-Shirt

Amy Duong — April 2, 2018 — Fashion
References: twitter & highsnobiety
Share on Facebook Share on Twitter Share on LinkedIn Share on Pinterest
Skepta is preparing to release a collaborative t-shirt with Cirgil Abloh's OFF-WHITE label to celebrate the iconic Nigerian singer Fela Kuti. The celebratory garment was showcased on Twitter by Skepta recently. The t-shirt boasts a simplistic white canvas and bears a graphic print of Fela Kuti's Zombie album from 1976. The album only featured a total of two tracks, but the record was made as a direct criticism of the Nigerian government system, as well as its military. The shirt features the lyrics from the songs, reading "Zombie, oh Zombie."

In honoring Kuti's activism through music and Skepta's Nigerian roots, the collaborative garment also boasts a half-naked singing Fela Kuti print above the lyrics. On the back of the shirt, there are branding details by OFF-WHITE, as well as the lyric print once again.
5.5
Score
Popularity
Activity
Freshness
Access Advisory Services