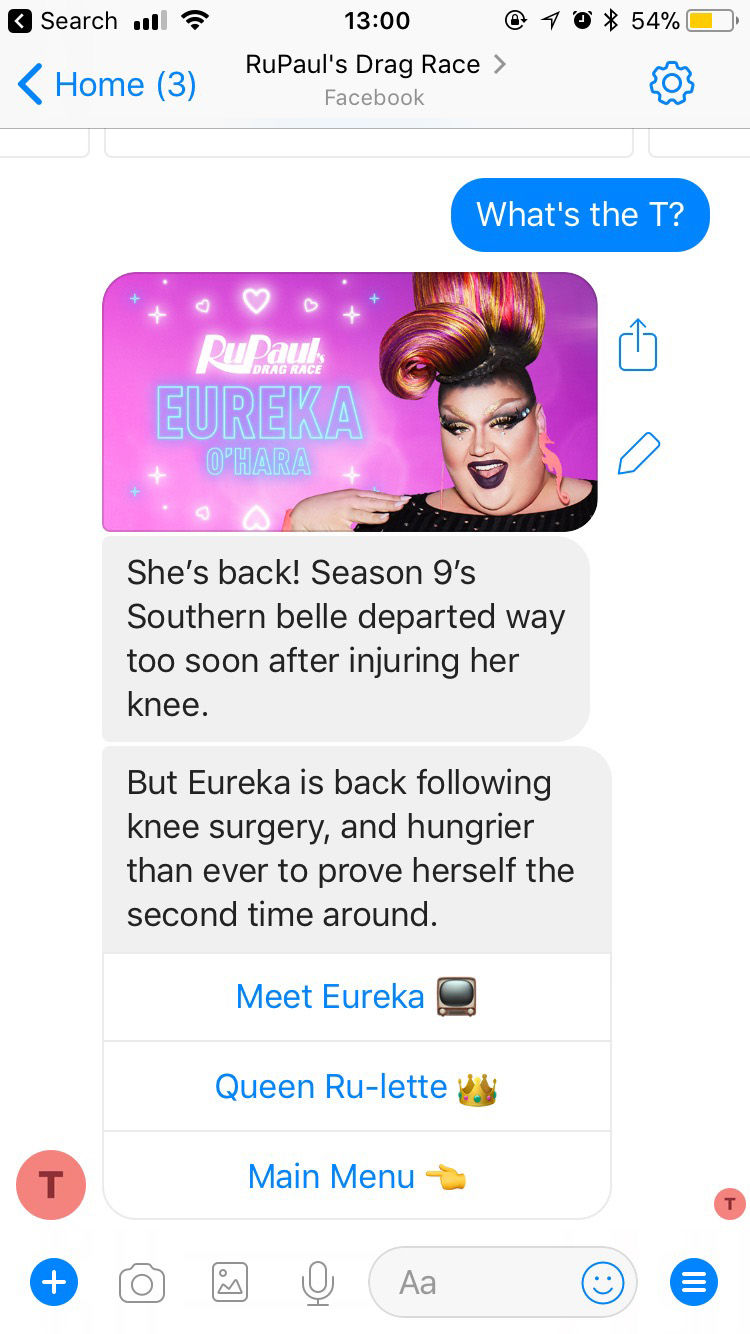 Sissy That Bot is touted as a "Dragopedia" for anything and everything that a fan could want to know about the show and all of its previous seasons. Fans are invited to take a look back through Drag Rage "herstory" and relive the past nine seasons, as well as get a sneak peek into the upcoming 10th season of the show.

The app features fun GIFs, quips and Easter eggs that can be discovered when certain questions are asked to the bot on Facebook Messenger. Once the newest season of the show airs, fans will be able to enjoy custom content that has been created just for Sissy That Bot, based on "inside information that only a superfan would ask about."
4.7
Score
Popularity
Activity
Freshness