Create Order Out of Chaos

Look Beyond the Failure of Others 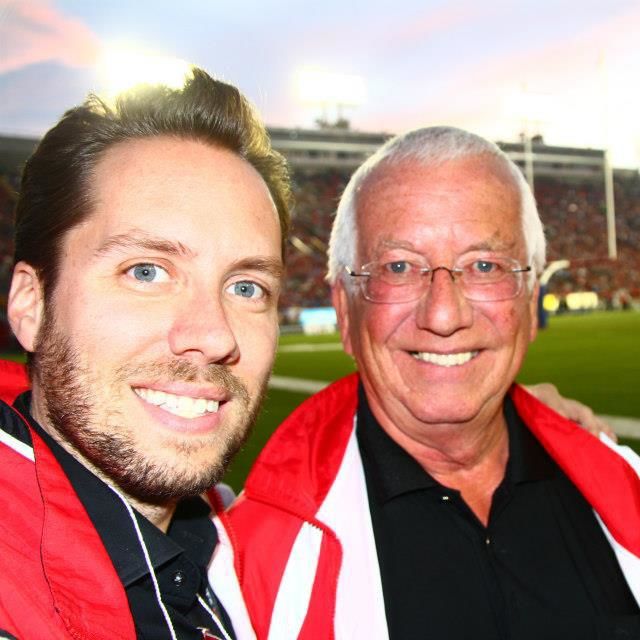 Jeremy Gutsche — September 15, 2013 — About
References: jeremygutsche
Share on Facebook Share on Twitter Share on LinkedIn Share on Pinterest
Today, I mourn the loss of my father, Sig Gutsche, a charismatic serial entrepreneur, super dad, loving husband, pillar of the Calgary community, philanthropist, savior of the Calgary Stampeders and a role model to many people. He passed away from a heart attack in his sleep.

My father was also the inspiration for Trend Hunter. Every week, we'd scan dozens of magazine's, looking for new ideas, talking about what could make a great business and what wouldn't. By the weekends, we'd prototype new ideas out of scrap material and spare parts. And in watching his many business ventures, I learned that entrepreneurship is simply an extension of your next big idea. He taught me you can create something from nothing, and all of this combined led to the creation of Trend Hunter. I had just finished interviewing him for my next book, which already included a chapter of his remarkable story.

Sig was raised in a poor but hardworking family, son to a master baker, Emma, and hardworking city arborist, Adolf. He might not have had much, but his loving parents always made sure that food was a celebratory meal, teaching him the importance of family, hard-work, and having a tasty feast. At age eight, that knowledge of food led him to his first business, marketing the scrap food of a local grocer to residents of his poor neighborhood, who delighted at the grade four student’s bargain prices. Over the next few years, he’d launch a dozen more business ventures, mentoring his younger brothers Helmut and Armin.

By age 16, he'd secretly launched a (boozeless) night club, which would skyrocket him to Grade 10 fame. It came crashing to an end on a night that he left the premise leased to a religious group who brought gambling and booze to the location. While he was at home, working away at his homework, the police came to inform his strict parents about what their entrepreneurial son was up to. The news hit the media, making him a local legend, and skyrocketing his popularity. By the next year, he was elected President of his school's student council.

At age 20, he met the love of his life, Shelagh, a social work student at the University of Calgary. He was captivated by her cheerful Irish wit and energetic personality. Just a few months into the relationship, he was already asking for her hand in marriage, although it would take a year of convincing before he’d get the full approval of his soon-to-be father-in-law. After a few years of honeymooning, the family man and his bride brought their daughter, Kyla, into the world, and thereafter, a son named Jeremy.

Meanwhile, the serial entrepreneur moved on from his teenage years as a boy business man to becoming a top Calgary dealmaker, launching ventures in oil and gas and hospitality, including the Hard Rock Café Calgary, The Roxbury and several Jack Astor’s locations. Highly active in local philanthropy, he organized charity events, foundations and even convinced local business people to donate 300 horses to race for charity.

With an infectious smile, unrivalled charisma, and the golden touch, his signature ability was to see potential in people and places that others overlooked. He could make you smile when you were down, laugh when you were upset and see opportunity in crisis. In business, this became the reason for his success, and an invitation for others to bring him challenges, big and small. He could make things happen.

One day, he was presented with a remarkable challenge. The struggling Calgary Stampeders football club had fallen into receivership. Long ago, he’d extended the team a modest loan, which made him the de facto owner, if he chose to attempt the turnaround. If he could make it happen, he’d be a hero, but failure would be financially devastating. The team was losing millions of dollars and he didn’t have the deep pockets to afford a loss.

Against all odds, he took on the challenge. When the press asked about his prospects for winning, he told them, "We're the poorest team in the league... [We] can't afford to lose." He was the underdog and he knew it would take more than just luck to save the team. He created tailgate parties, a family section, an alumni charity foundation, and gave thousand of tickets to the Alberta Children’s Hospital. He personally called past season ticket holders, asking them to come back to the game. During each game, he would sit in dozens of different seats, for ten minutes at a time, befriending literally thousands of fans. He’d ask them their ideas to make the game fun, and ask them to bring more friends to the next game.

Over the next six years, his efforts resulted in the biggest party in town, averaging sellout games with 35,000 fans, a first place ranking almost every year, participation in the Western Finals five out of six times, and two Grey Cups championships.

He was also the only owner to ride a horse from the parade into a local hotel.

His grassroots blue-collar personality made him a lovable personality, and when he’d walk on the field, fans who knew of his sacrifice would start chanting, “Sig, Sig, Sig!”

In the final year of his ownership, the fans awarded him permanent possession of the Keith Spaith Memorial Award, typically reserved for the fan’s choice of the Most Valuable Player.

Meanwhile, he inspired his two children to do great things in the world of entrepreneurship. His daughter, Kyla, an oxford-educated art history professor, created a remarkable business called Cosmetic Transformations, which helps to restore the appearances of cancer survivors, trauma victims, and people who have been disfigured. Her ability to restore eyebrows, aereola and to camouflage scars earned her the Ontario’s Innovation Award, acclaim of the Premiere, and a long list of several hundred patients whose lives she’s touched. During the same timeframe, Sig’s son Jeremy founded TrendHunter.com, the world’s largest most popular trend website, inspiring more than 100,000,000 people in search of their next business ideas, earning the University of Calgary Graduate of the Decade Award. The two continue his legacy in the world of innovation.

His last year was his greatest, both personally and professionally. The year began with his induction to the Stampeders Wall of Fame, and ended with him fundraising millions for charity. Both wonderful legacies to his career. Personally, his daughter, Kyla, married the love of her life, Dr. Elliot Beaubien, who Sig welcomed as a son-in-law with open arms. The couple gave birth to Alethea and Alexander, making Sig a grandfather, and sparking his (and his wife’s) desire to retire and move east to be the best grandparents they could be. In the two weeks before his heart attack, he flew to visit his immediate family, leaving them with wonderful memories. In his last week, he was visited by his son, Jeremy, for a visit that involved an interview about Sig’s life. Jeremy had been finishing up a chapter in his next book that will immortalize his father’s remarkable story.

In those words and in the memories of those who loved him, Sig Gutsche’s legacy will live on.

Sig was a remarkable man who leaves us with a few powerful lessons: be genuinely interested in other people, be ambitious and you can always find the bright opportunity in times of difficulty.
6.9
Score
Popularity
Activity
Freshness
Access Advisory Services