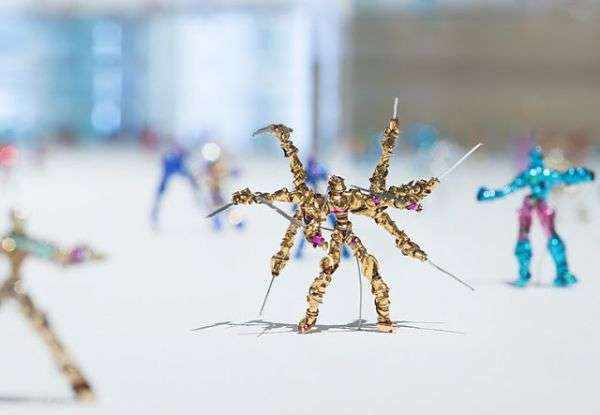 Meghan Young — April 10, 2013 — Eco
References: frameweb & neatorama
Share on Facebook Share on Twitter Share on LinkedIn Share on Pinterest
With a little bit of imagination, Shota Katsube has been able to turn a common kitchen staple into action figures any kid would love to play with. An artist hailing from Japan, Shota Katsube essentially demonstrates that children need not necessarily clamor to the nearby toy shop for things to play with. Instead, like a plain old cardboard box, they can use their creativity to have fun in more meaningful ways.

Shota Katsube's wire action figures are currently part of the Souzou: Outsider Art from Japan exhibit at The Wellcome Collection in London, England. One of 46 Japanese artists to participate, the art show revolves around the concept that "the primary and dominant mode of expression is through the visual rather than the verbal or written," according to FrameWeb.
5.7
Score
Popularity
Activity
Freshness
Get Better and Faster