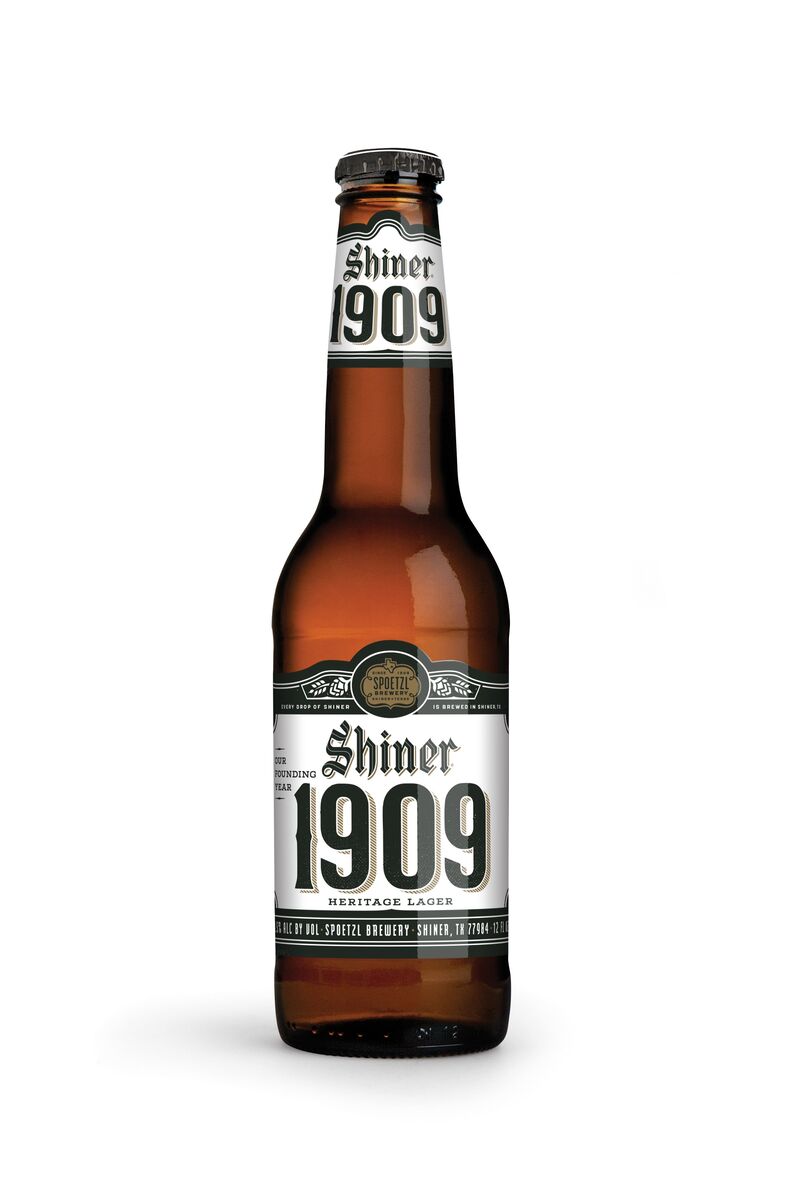 The Shiner 1909 lager is brewed with heritage ingredients to celebrate the history and longevity of the Texan brewery. Every beer is brewed and bottled in Shiner, Texas, at the company's original brewery location. Founding in 1909 by a group of Czech and German settlers, the Shiner Beers legacy originates from a Bavarian named Kosmos Spoetzl, who joined the company in 1914. Shiner 1909 is crafted with Heritage 2-row barley, Noble hops, Shiner's proprietary lager yeast, and water from the century-old artesian well. The small-batch brew is available nationwide.