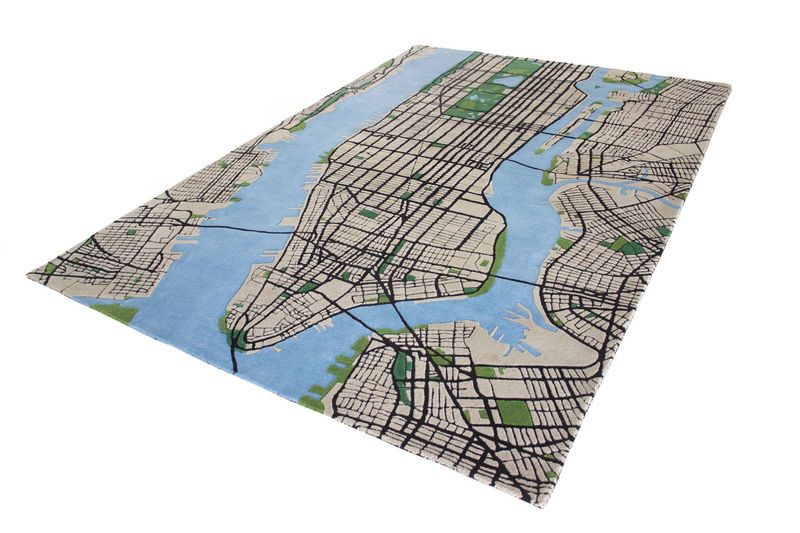 Joey Haar — May 29, 2018 — Art & Design
References: shiftperspective & archdaily
Share on Facebook Share on Twitter Share on LinkedIn Share on Pinterest
New York City has a world-renowned public transportation system, but with the New York City Carpet from South African design studio 'Shift Perspective', people can get from Harlem to Bedford-Stuyvesant in a single bound. The cute rug is like an adult version of the street rugs from doctors' offices, faithfully recreating every block of New York City's boroughs. So while one can't literally jump across the city, they can get the big city feel in their own homes.

Not only is the New York City Carpet a faithful representation of the city in terms of its mapping, but Shift Perspective added an extra layer of accuracy. This carpet is topographical, so the blocks representing buildings are raised above the black street lines, and the blue of the Hudson and East rivers are lowest of all.
2.8
Score
Popularity
Activity
Freshness
View Innovation Webinars