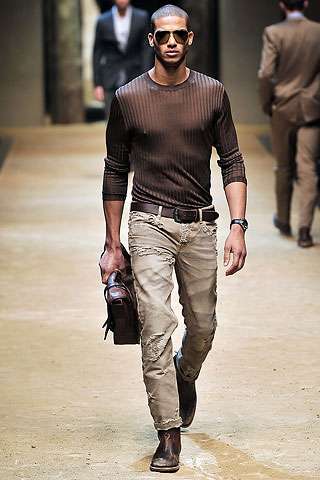 Several key designers for Spring 2010 put men on the runway in sheer tops, jackets and even pants. Some pieces are entirely sheer while others would only partially display the model's flesh.

Men had better buff up if they want to rock this look!

Implications - The fashion world has seen a recent shift in both women's and menswear, as androgynous designs become increasingly more popular with mainstream audiences. The influence of feminine fashion on clothing for men, and vice versa, has created a new market for customers who are concerned with both comfort and cutting-edge ready-to-wear fashion. Businesses can appeal to mainstream audiences by creating practical looks that defy traditional clothing for both genders.
6.2
Score
Popularity
Activity
Freshness
Get Better and Faster