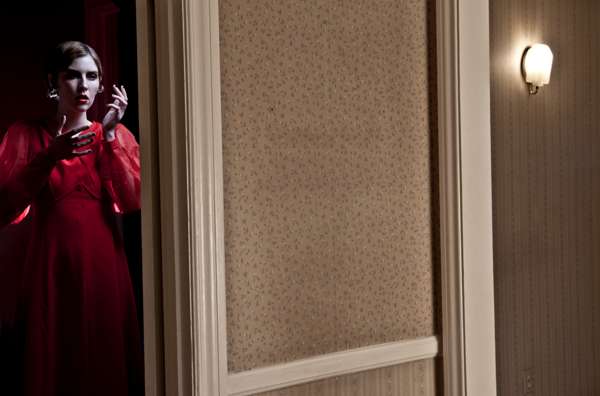 She by Formento+Formento is Inspired by a Beetles' Song

Meghan Young — January 17, 2013 — Naughty
References: formento2 & behance.net
Share on Facebook Share on Twitter Share on LinkedIn Share on Pinterest
Many retro housewife photo projects revolve around a hopeless situation and a restless, lonely woman; the series titled She by Formento+Formento may be just as dark and depressing, but in place of captivity is liberation. Inspired by the song 'She Is Leaving Home' by The Beatles, it depicts a woman escaping her sad life for a new one.

It is refreshing to see such a transition involving the uncertainty and fear that often accompanies changes and new beginnings. She by Formento+Formento, a studio founded by husband and wife duo BJ and Richeille, also explores the act of letting go to revel in one's vulnerability. Through her nakedness, she is born again as a new woman. As the lyrics to the song say, "Stepping outside she is free."
4.7
Score
Popularity
Activity
Freshness
Get Trend Hunter Dashboard