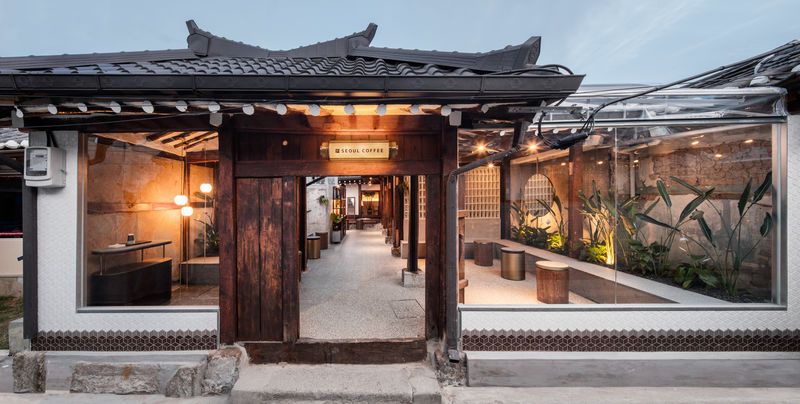 Joey Haar — May 18, 2018 — Art & Design
References: archdaily
Share on Facebook Share on Twitter Share on LinkedIn Share on Pinterest
Seoul Coffee, a new cafe in the Korean capital's Ikseon, has multiple inspirations from the past that, ironically, result in an entirely modern design. The shop was built inside of a traditional Korean building, and it adheres to many of the classical design aspects inherent in that structure. However, the designers themselves, a local firm called LABOTORY, and the proprietors of the shop wanted to create the feel of Seoul in the 80s and 90s. Seoul Coffee's appearance is the end product.

Hanoks are the traditional buildings that sparsely populate areas of the Korean capital. In designing a coffee shop, the structures have both pros and cons. Their inherent beauty and classic style is a clear plus, but they weren't designed to handle the modern service industry, and that's what LABOTORY had to work around.