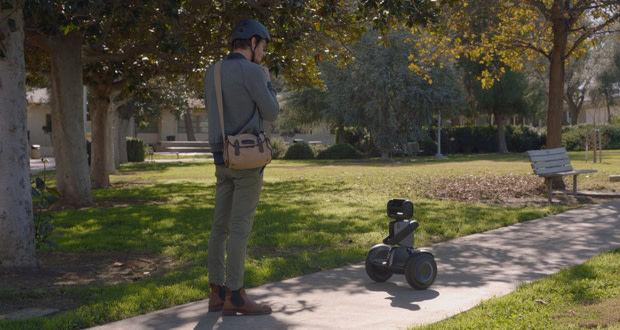 Justin Lam — March 7, 2018 — Autos
References: indiegogo & theverge
Share on Facebook Share on Twitter Share on LinkedIn Share on Pinterest
Hoverboards may have replaced the Segway, but the Segway Loomo is hoping to take back the crown with its combination of hoverboard and AI software. Unlike the original Segway, the Loomo is more compact and can be controlled like a hoverboard; forward, backward and general controls are executed through leaning. The Segway Loomo has a top speed of 11 mph and a range of 22 miles; its battery can be topped up with a standard outlet and can be fully charged in about three hours.

While the Segway Loomo can be controlled by an operator, the device also has the ability to become a robot that responds to commands. The robot feature gives the gadget the ability to track and follow the user and was developed alongside BMW’s self-driving car team. Like most modern tech, the Loomo comes with a companion app, which gives users the ability to move the robot, see from the robot's point of view, speak phrases they type in and take photos and videos.
2.7
Score
Popularity
Activity
Freshness
View Innovation Webinars