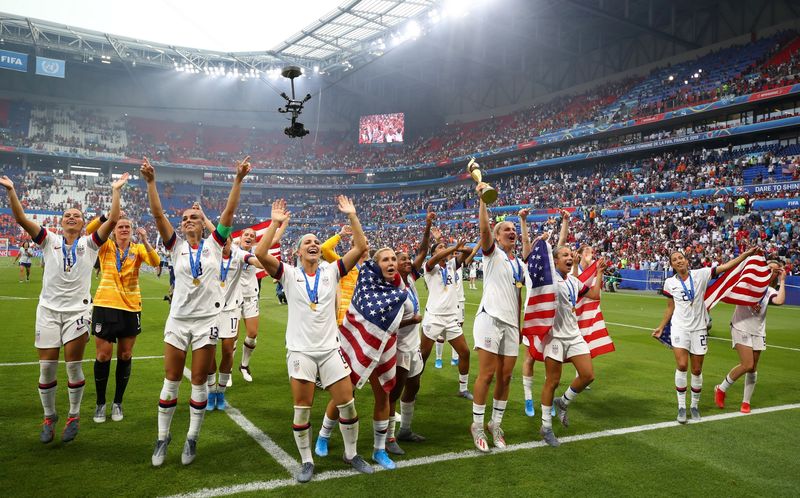 Grace Mahas — July 25, 2019 — Social Good
References: nytimes & refinery29
Share on Facebook Share on Twitter Share on LinkedIn Share on Pinterest
Secret Deodrant, the iconic woman's deodorant company owned by Proctor & Gamble, recently announced its support for the World Cup-winning U.S. Women's National Soccer Team's (USWNT) fight with the federation to ensure equal pay. The team is suing the federation, and in an effort "to be on the right side of history," Secret donated $529,000 USD to the U.S. Women's National Team Players Association --- $23,000 for each of the 23 players on the team's current roster.

Other brands have followed suit, such as Nike who released an ad stressing the importance of equality for women in sports and women empowerment. In addition, Visa announced a five-year sponsorship to the USWNT on the condition that half of the funds be in support of the women's national team and other women-specific programs. These pay equality movements by major brands signal consumers' dedication to gender equality, specifically in sports.
4.5
Score
Popularity
Activity
Freshness
Get Trend Hunter Dashboard