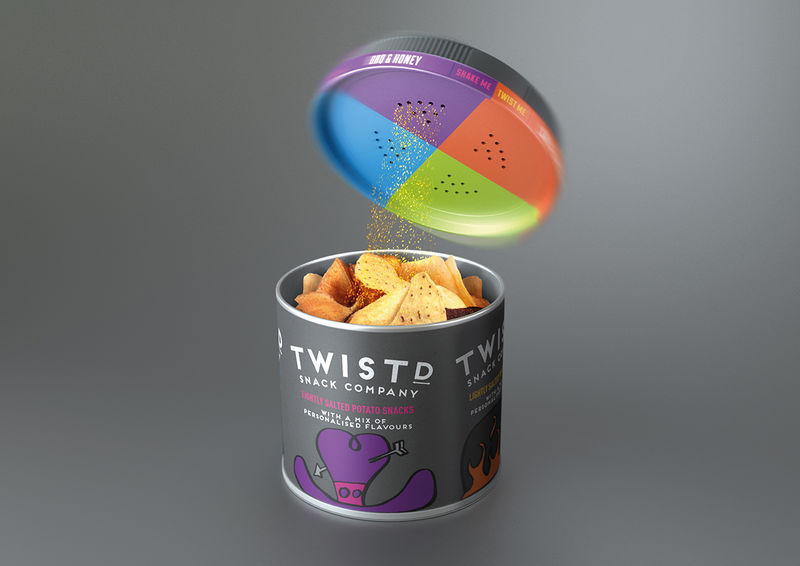 Twistd's potato chips, salted crisps and tortillas are packaged in small, portion-controlled tubes, which come with caps that allow snackers to choose their own flavor combinations such as Sea Salt & Seaweed, BBQ & Honey, Chill & Chocolate and Cheddar & Stilton—or a blend of these.

To emphasize the way in which these playful snack flavors can be mixed and matched, Hornall Anderson designed tube packaging for Twistd that has characters with features that can be mixed up to create entirely new personas. On this project, Design Director Anderson Gareth Ball says: "We were aiming for Millennial men who drink craft beer so the branding is designed to be clean and contemporary. There’s a range of unusual flavours populating the craft beer sector showing this demographic is adventurous."
6.9
Score
Popularity
Activity
Freshness
Jeremy Gutsche Keynote Speaker