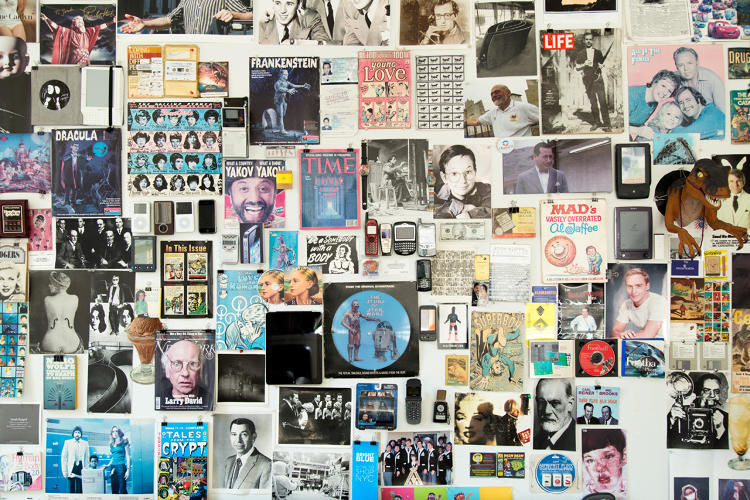 The 'Scrollmotion' Office is Plastered with Vintage and Weird Media

Joey Haar — July 11, 2016 — Art & Design
References: scrollmotion & fastcodesign
Share on Facebook Share on Twitter Share on LinkedIn Share on Pinterest
For fans of erudite, obscure and bizarre media and knick-knacks, the Scrollmotion office is a veritable wonderland. Every wall in the tech company's New York abode is covered with offbeat decor, from magazine covers to newspaper front pages to actual products.

The design idea was the brainchild of Scrollmotion's Josh Koppel, who's a self-described hoarder. Each of the approximately 5,000 pop-culture artifacts comes from his own personal collection.

Some of the highlights of the Scrollmotion office include bacon-flavoured floss, a braille Playboy and an Atari 2600 video game system coupled with 'E.T. the Extra-Terrestrial' (a game acknowledged by most gamers as possibly the worst game of all time). According to Koppel, putting the media on the wall made sense: "At some point I had this realization that the stuff I loved so much was more enjoyable on the wall rather than... in a box."
1.1
Score
Popularity
Activity
Freshness
Access Advisory Services