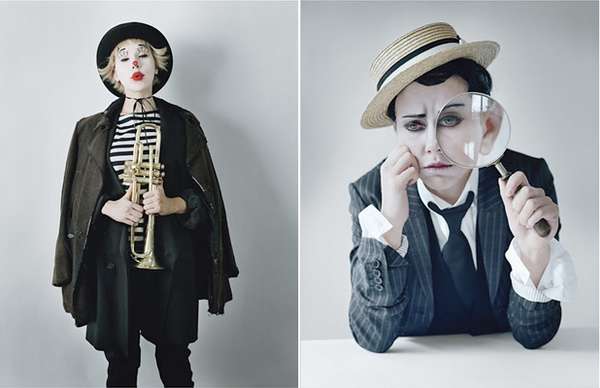 Meghan Young — May 30, 2011 — Fashion
References: wmagazine & justjared.buzznet
Even if you browsed through the Scarlett Johansson W magazine editorial three times in the attempt to guess what star was portraying these cinematic icons, I’m sure you would simply walk away stumped. Never before has the stunningly beautiful Scarlett Johansson been portrayed in such a way.

Photographed by Tim Walker, the Scarlett Johansson W magazine editorial is a refreshing step away from typical photoshoots in which celebrities such as this 26-year-old actress are romantically and sensually depicted. Instead, it really taps Johansson's craft in a playful and captivating way.