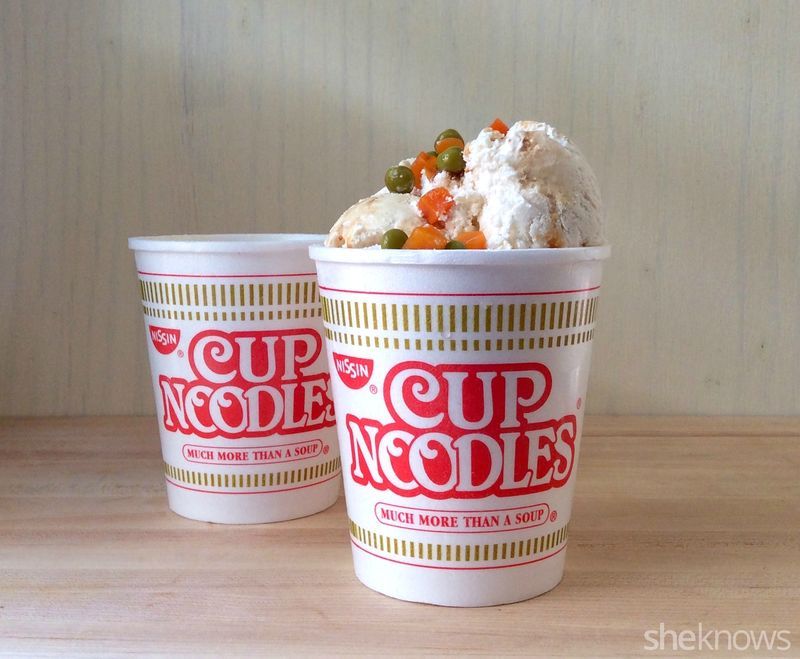 This Savory Ice Cream is Made Using Ramen and Veggie Toppings

M — August 18, 2015 — Lifestyle
References: sheknows
Share on Facebook Share on Twitter Share on LinkedIn Share on Pinterest
While your first instinct when thinking of ice cream might not be to imagine it filled with noodles, Karen Miner from food blog She Knows recently tried out making her very own homemade version of the urban dessert. Surprisingly, her response was "...it wasn't nearly as bad as I expected."

Based off of the Cupnoodles Museum in Japan's current curry and soy sauce ice cream it has been serving, Miner created her own version that can easily be made at home. The end result contains a mixture of boiled noodles, whole milk, heavy cream, soy sauce and sugar that have been blended and frozen. The end mixture is scooped into serving bowls and then served with cooked peas and carrots as topping.