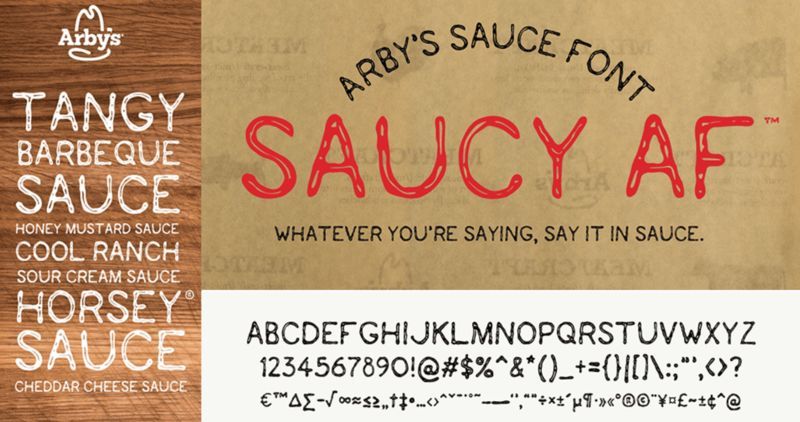 Joey Haar — May 24, 2018 — Art & Design
References: arbys & producthunt
Share on Facebook Share on Twitter Share on LinkedIn Share on Pinterest
After the high profile release of Airbnb's Cereal font, other businesses are looking for ways to make some noise through calligraphy, and an unexpected entrant into the territory of font design comes in the form of Arby's Saucy AF. The fully functional font is free to download, and it has a cheeky form factor that's relevant for anyone who enjoys Arby's meals.

As the name subtly suggests, Saucy AF is styled after sauce. In particular, the font is designed to look like each letter was squeezed out of a sauce bottle. As Arby's puts it, sauce is "the ink of the world", and since the world is digital, it makes sense to make a font like Saucy AF.
0.9
Score
Popularity
Activity
Freshness
Attend Future Festival