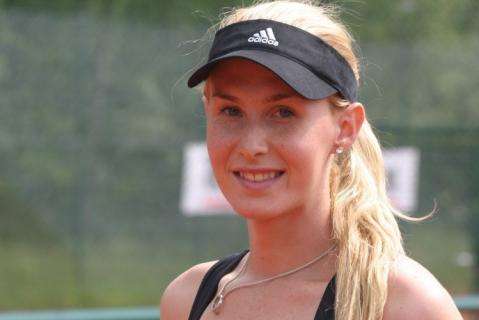 Sarah Gronert is a 22-year-old from Germany who was born with both male and female sex organs. Gronert has since had surgery to become a certified woman; as of this article, no Sarah Gronert pictures have surfaced of her before the operation. Gronert is considered a tennis phenom; she’s currently ranked #619 in the world. Sarah Gronert’s gender, however, has sparked a giant controversy as to whether she should be allowed to compete as a women’s professional tennis player.

Schlomo Tzoref, the coach of Julia Glushko, another pro tennis player whom Sarah Gronert beat, says, “There is no girl who can hit serves like that, not even Venus Williams. When I heard her story, I was in shock. I don’t know if it’s fair that she can compete or not. She does have an advantage, but if this is what the WTA have decided, they probably know best. If she begins to play continuously, within six months she will be within the top 50.”
5.6
Score
Popularity
Activity
Freshness
Get Trend Hunter Dashboard