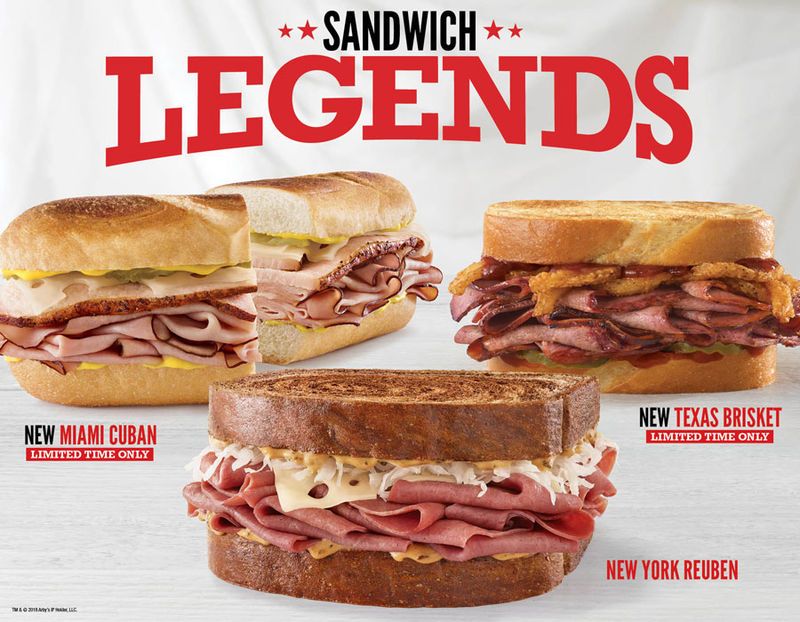 Arby's new Sandwich Legends menu is a trio of meaty sandwiches expected to hit stores across the US by March 2018. The menu consists of three food truck-inspired eats, which include the Miami Cuban, the Texas Brisket, and the New York Reuben. The former features thick-sliced roast pork, which has been cooked sous vide for three and a half hours. On the other hand, the Texas Brisket sandwich is made with savory smoked brisket, while the New York Reuben features two hefty servings of corned beef.

Though not vegetarian-friendly, the new sandwiches are perfect for fueling up on the go.