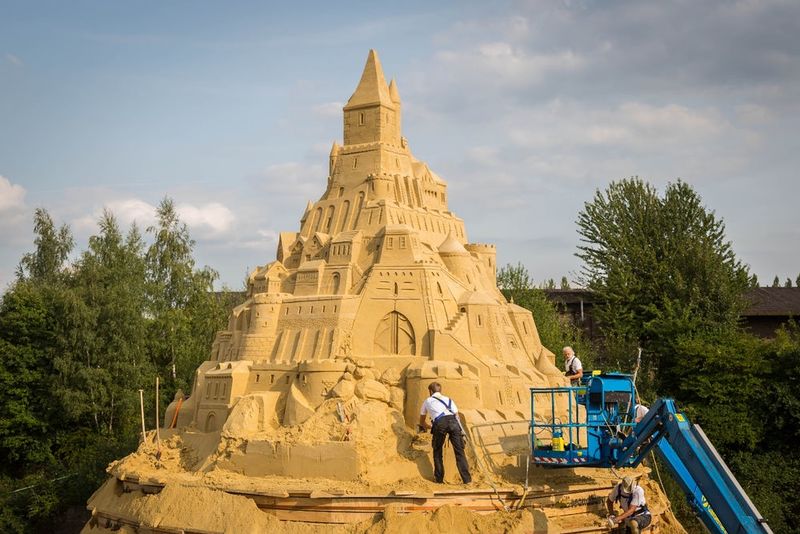 Rahul Kalvapalle — September 7, 2017 — Art & Design
References: schauinsland-reisen.de & diesandburg.de
If you happen to find yourself in the Duisburg area of Germany, you might want to head down to the Duisburg-Nord Landscape Park to see one of the most incredible sandcastles ever constructed.

Developed by a group of 19 leading artists from around the world, this structure isn't like one of those temporary sandcastles you make at the beach, but is a highly intricate and impressive project that claims the record of being the tallest sandcastle ever built. It breaks the record of the Odisha sandcastle built in India.

Consisting of 3,500 tons of sand and paying homage to designs of internationally renowned structures such as the Parthenon in Greece as well as the temples of the Far East, this sandcastle is both a marvel of engineering as well as a symbol of cultural celebration.
2.2
Score
Popularity
Activity
Freshness