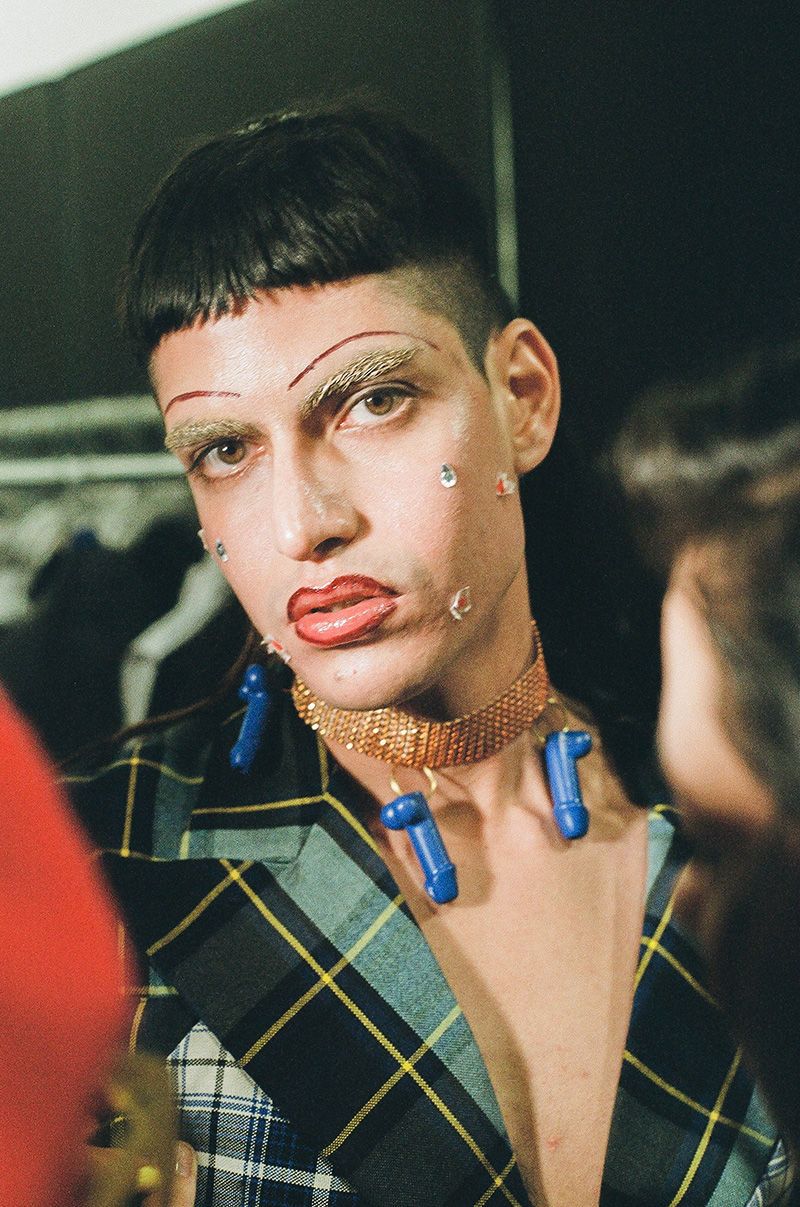 Riley von Niessen — February 13, 2018 — Fashion
References: sanchez-kane & fuckingyoung.es
Share on Facebook Share on Twitter Share on LinkedIn Share on Pinterest
Barbara Sanchez-Kane, the artist, illustrator, and fashion designer who's behind the self-named label SANCHEZ-KANE, was present at the recent New York Fashion Week events to debut a selection of new apparel for men. To capture what went on behind the scenes, Fucking Young! Online employed the talents of photographer Julio Nuño.

The resulting images that were captured by Nuño show a diverse cast of models both behind the stage and on the runway, in addition to a series of others that focus on specific designs by the label. Most of the models sports dramatically drawn on eyebrows, condoms in their hair, jewels on their faces, and even bits of toilet paper that make it look at though they've cut themselves shaving.